Itinerary among the castles of the Valdichiana Aretina

The Valdichiana Aretina is a territory of uncontaminated nature and breathtaking views, full of beauties and appeal  for the most curious visitors. Every time you set foot in this territory, you can admire its wonders and peculiar characteristics, which distinguish it from other Tuscan lands. Just think, this territory in the South-East of Tuscany has long been disputed between various local powers, such as Siena, Arezzo and Florence, and national ones. Border between Tuscany and the Papal State for centuries, here the people have often had to take refuge in castles and fortifications to avoid conflicts and live in peace. Each of the 7 municipalities of the Valdichiana Aretina still retain traces of these buildings and structures, whether they were mere military fortifications or medieval castles with real villages inside. Discover with us an ideal route to visit these places full of charm and history!

A circular route from north to south in the Valdichiana Aretina

An ideal 4/5 day itinerary among the castles of the area starts and ends in Civitella in Val di Chiana, a northern town in the Valdichiana Aretina. Here you can admire the remains of the fortress, built in ancient times by the Lombards, which unfortunately suffered extensive damage during the Second World War. Nevertheless, the fortress is still imposing and majestic, which allows for visitors to give vent to their imagination, thinking back to the ancient walls and their grandeur of the past. Here you can see the medieval structure formerly used as a village with large fortifications, which is proof of the importance of the place, a land of passage between Valdichiana and Val d'Ambra and a disputed territory for centuries.

From here you will head south towards Monte San Savino, a village that preserves traces of the Etruscan people, in addition to medieval fortifications. Not far from today's town is the Castle of Gargonza, built on a hill and still in perfect condition today. Here families and people lived until the 70s of the last century and, just think, it was here that Dante stayed on the run from Florence, in 1302. The view of the Valdichiana from the castle is simply breathtaking: the surrounding nature, the ancient walls and the tower bring you back to the Middle Ages and immerse you in a decidedly suggestive atmosphere.

Leave Gargonza in the direction of Lucignano. Halfway you will find yourself in front of the Calcione Castle, an imposing structure initially used as a military outpost and then converted to agriculture and forestry. Inside, various works of art are exhibited; you will feel like a guest of the medieval aristocracy. The surroundings offer hectares of unspoiled nature, so it is worth making a stop if only to enjoy this spectacle.

After leaving the Calcione Castle, you will arrive in Lucignano which with its Cassero, symbol of the strategic importance of the place, fascinates passers-by. In addition, you will be amazed by the structure of the entire village: Lucignano has an elliptical urban plan, protected by mighty walls. It goes without saying that the atmosphere you breathe here leads directly to the centuries of ancient Tuscan splendor.

After this last hamlet you will arrive in Marciano della Chiana, where you will be struck by the beauty of the Tower, symbol of the municipality, and by the military fortifications, recognizable by the appearance of the village. The castle, which has ancient walls and the quadrangular plan typical of medieval defensive structures, over time has become a cultural center for the whole community. From the top of the tower, needless to say, you can enjoy a splendid view.

It is now time to move on to Foiano della Chiana: before arriving in the center and visiting the beauties of the village, an obligatory stop at the "Temple of Santo Stefano alla Vittoria", a work by Vasari to commemorate the victory of the Medici on Siena during the Battle of Scannagallo, fought right in these borderlands between Marciano and Foiano. Here you can feel  the history of Tuscany.

The time has come to head to Cortona, an ancient Etruscan capital, which retains its original structure, heavily fortified during the following centuries as it was a border area. To reach Cortona it will be necessary to climb from the valley to the top of the hill, and from here even higher towards the Fortezza del Girifalco, a military fortification that never suffered any attack and which offered refuge to the surrounding communities during the Second World War. Walking through the beauties of the  village of Cortona and reaching the top of the fortress is undoubtedly something to do calmly, to enjoy an ancient and rural side of Tuscany still perfectly intact.

Now, on to the last stop of this circular tour, Castiglion Fiorentino. This village immediately welcomes visitors with one of the most beautiful and well-preserved castles in Tuscany. We are talking about the Castle of Montecchio Vesponi, a tremendously fascinating structure characterized by a surreal atmosphere: just stop here for a few minutes and you will feel like being carried to another time. Looking at the imposing castle means diving into the past without realizing what surrounds us. A mighty and majestic medieval stronghold.

Finally, a few kilometers to the north is the center of Castiglion Fiorentino, which houses its old military structure, with the Cassero and the 35-meter high tower. The two buildings mark the profile of the town indelibly and are a decidedly suggestive business card, which narrate the strategic and military importance of the area. From here, it is time to return to Civitella in Val di Chiana, after having admired the Valdichiana Aretina in all its nuances.

A fantastic route that awaits the most curious visitors and is ready to welcome anyone who wants to discover the beauties of the purest and most uncontaminated side of Tuscany. Valdichiana Aretina awaits you! 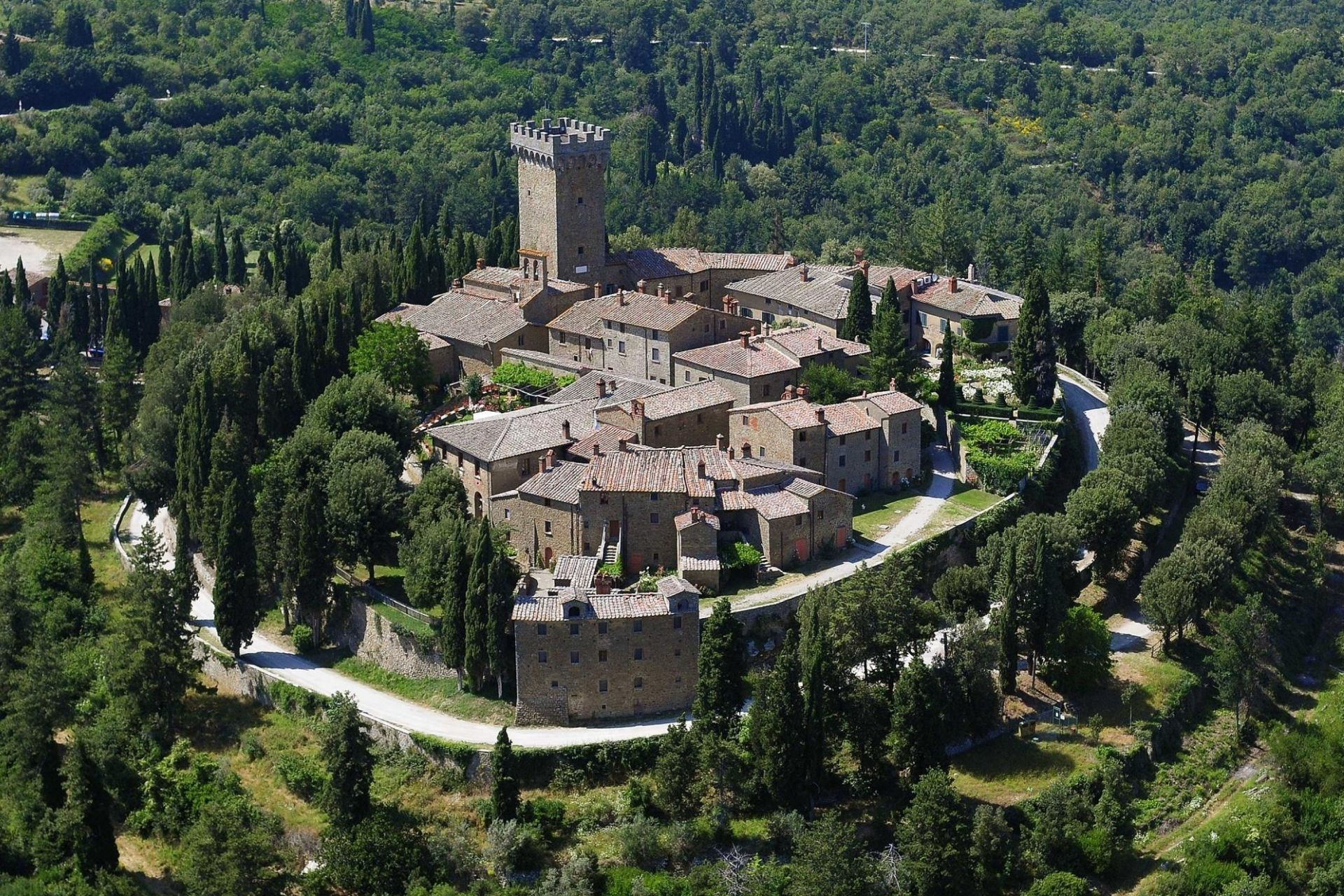 Valdichiana for you
Atlas of the castles of the Valdichiana
14.07.2022

Valdichiana for you
The natural landscape of Valdichiana Aretina
07.07.2022

E – bike tour in the countryside of Castiglion Fiorentino

Gourmet Tour in the countryside of Castiglion Fiorentino

Wine tour in the countryside of Castiglion Fiorentino